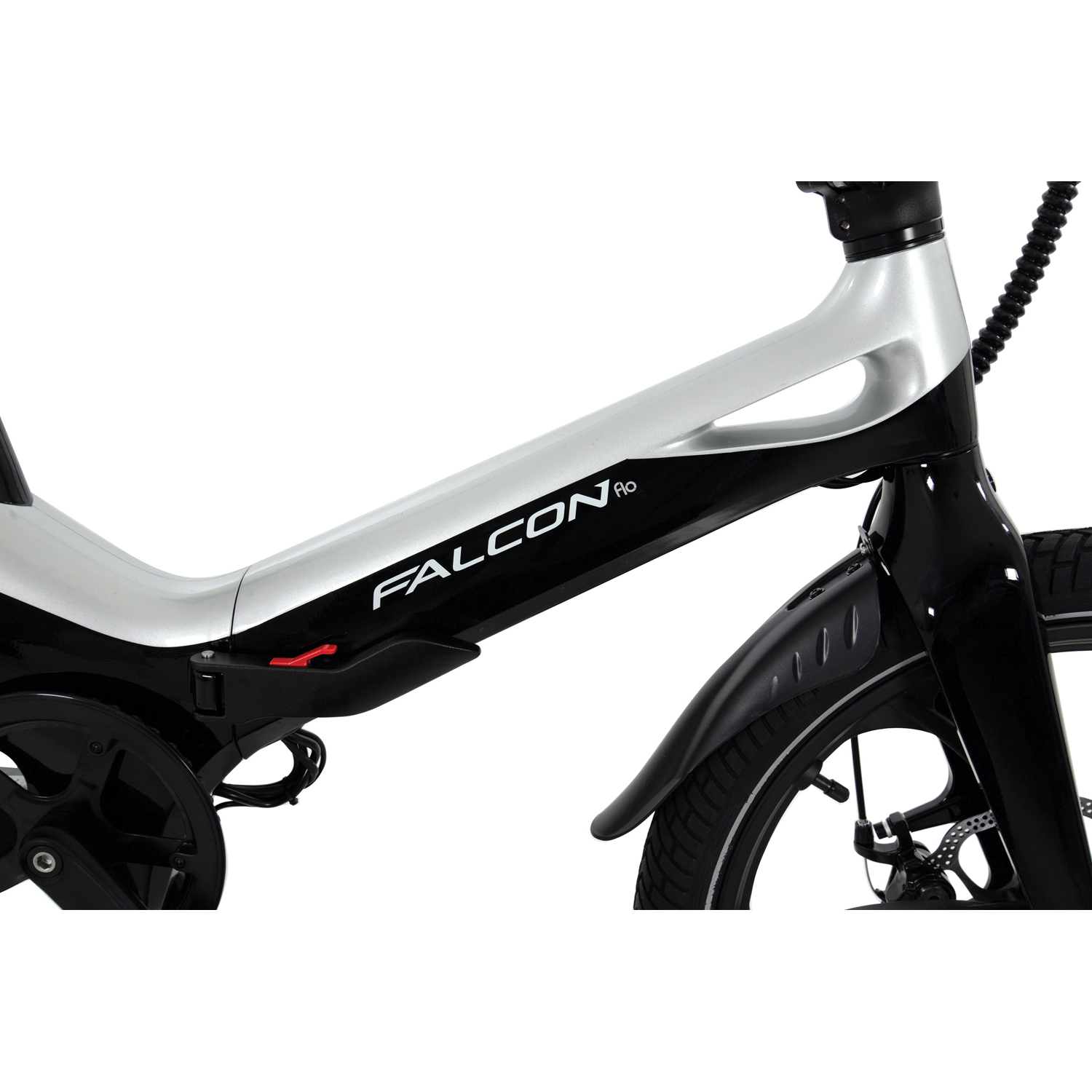 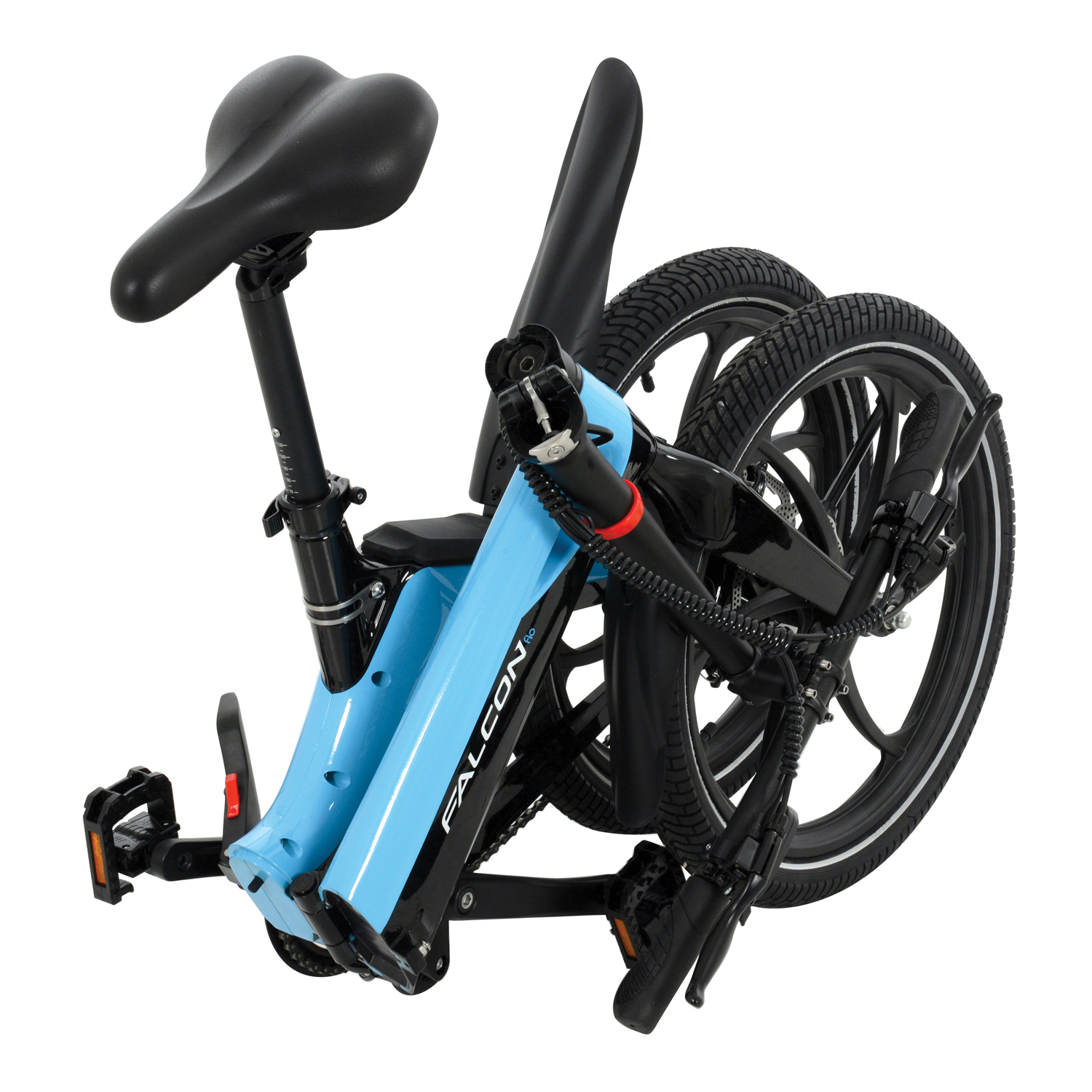 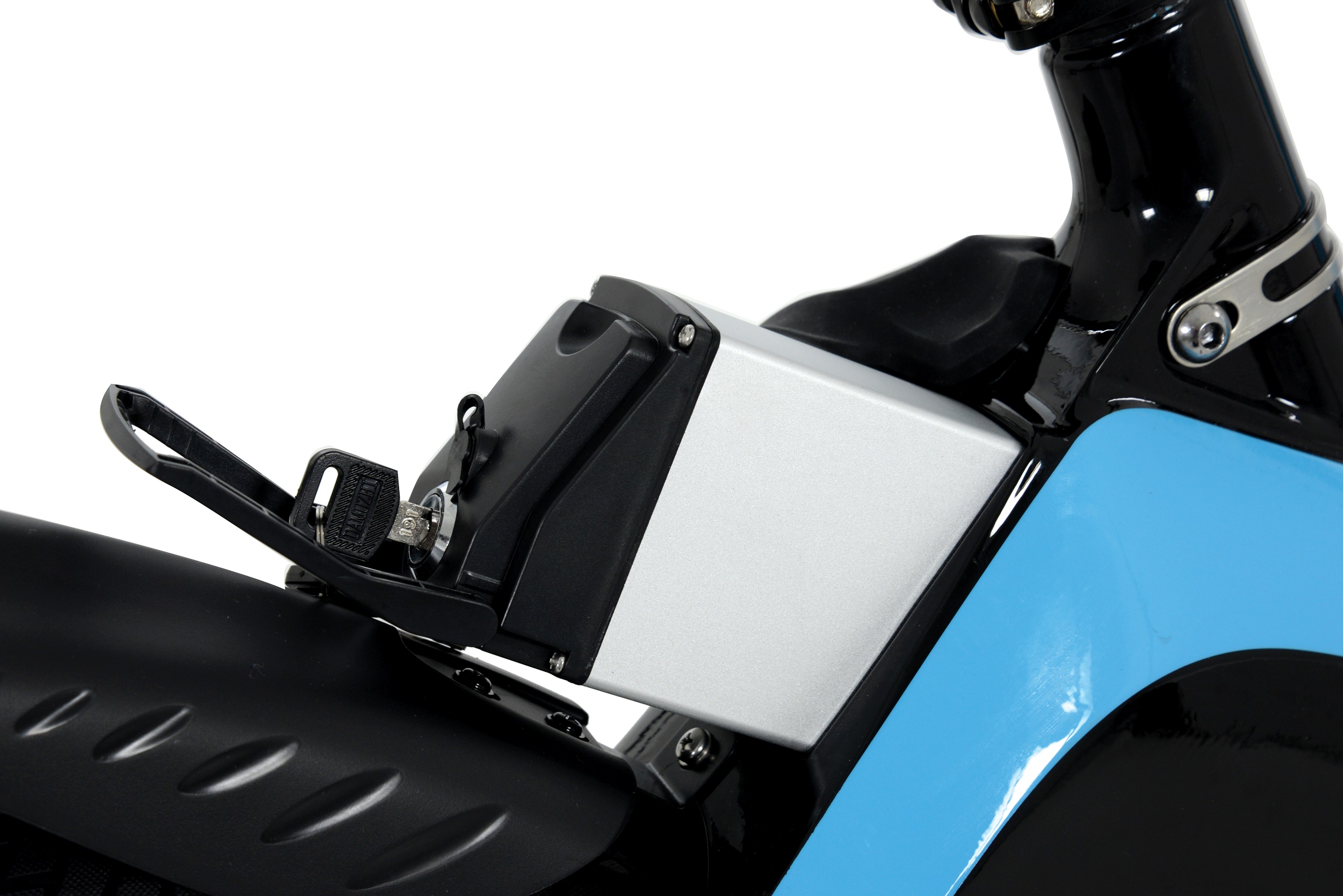 Available in two different colour options (Black/Silver or Black/Blue) the impressive Falcon Flo looks just as good as it performs!  Ideal for those cyclists wanting a folding ebike, but not wanting to be stuck with boring old traditional designs.

The quality 36V7.8Ah lithium-ion battery discretely fits into the rear of the frame and can be charged on or off the bike thanks to it being easy to remove and carry into your home.  Whilst in the bike it’s held firmly in place under lock and key, so security while you’re out and about has also been considered.

The easy to use handlebar display helps you change between 3 different power modes, assisting you up to 25kmh and taking you around 60km per charge.  Once you’re done, it folds neatly and holds itself in that state using strong magnets which makes life lots simpler when moving the bike when folded.  We even included a small jockey wheel at the lowest point of the frame; not only does this prevent the chainring from touching the ground when folded, but it also services as a handy third wheel when maneuvering the bike in storage.

WHAT ARE YOU WAITING FOR?
Book your Falcon test ride today!